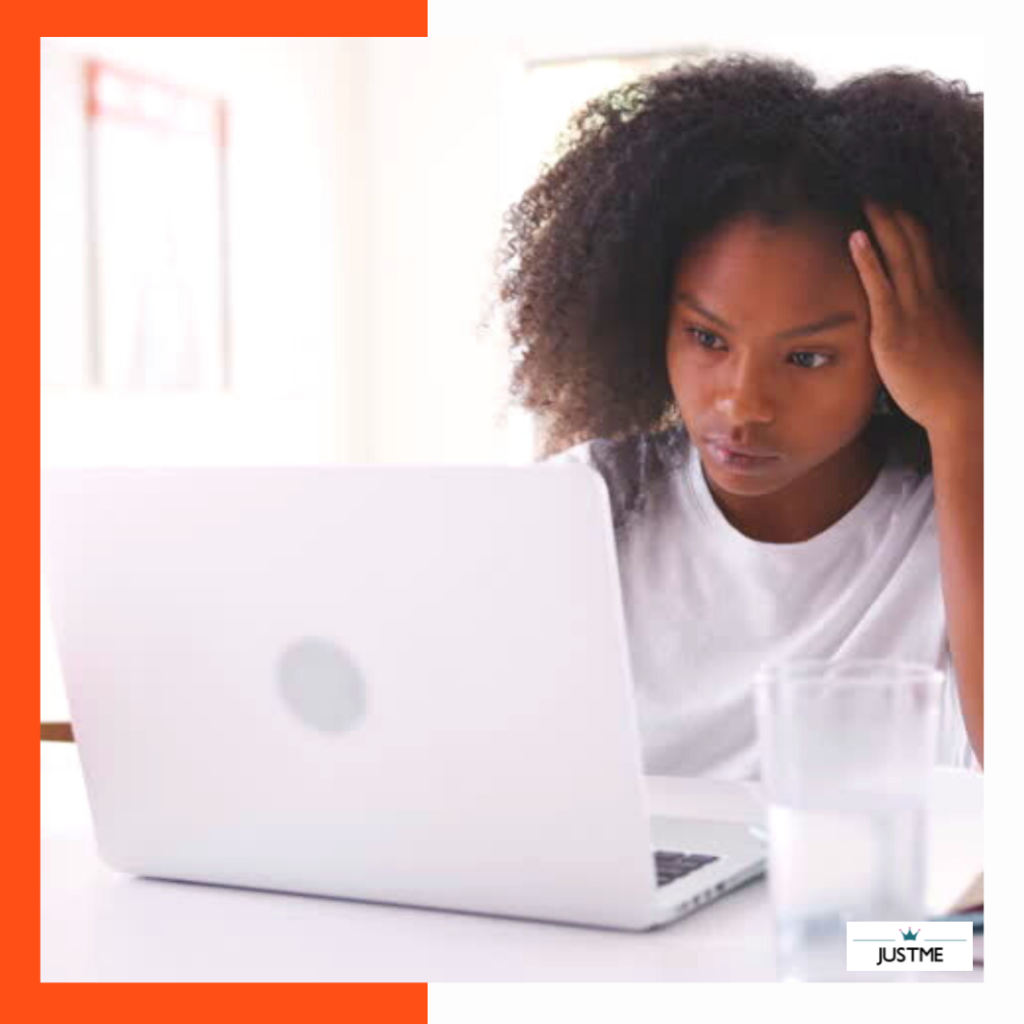 Jessica Logan, was a beautiful, blue-eyed girl from Ohio High School back in 2008. She was a cheerful little girl, without a worry in the world… up until she had a breakup. Her boyfriend had a nude photo of her from the time that they were going out. So, after the breakup he put it up online and sent it to everyone at school. Imagine the humiliation Jesse faced from this moment on. It didn’t end with dropping of grades or skipping school.

On July 3, 2008, her mother found her in the closet, hanged to her death. Before committing suicide, she one mustered up the courage to tell her story on Cincinnati television station, with the simple purpose in mind, “I just want to make sure no one else will have to go through this again.”

Was Jesse’s mistake big enough to bring her the extent of humiliation that would force her to take her own life? Did her mother deserve to see her the way she did on Jesse’s last day?

Social Media bullying is a serious problem that our kids face, some more than others. Even if they don’t talk to you about it, they could be in some major mental stress this very instance.

Keep a close watch. Be aware.

With the progress in technology and change in trends, bullying has also upgraded. Bullies have resorted to more advanced and lethal ways to inflict pain, as was seen ever before. A popular classification is online bullying.

What is Social Media Bullying? 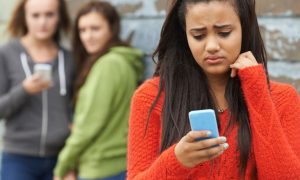 Receiving your first cell phone is a glorious moment. You can finally text your friends and gain some independence. The independence brought by a cell phone and the internet also opens you up to a dangerous world of cyberbullying.

Online bullying or cyberbullying is when aggressive behavior is expressed via digital means, such as SMS, apps, social media, gaming platforms, and other forums. The goal of cyberbullying is the same as any bullying: to harass, threaten, demean, or humiliate your kid.

Bullies may attack through text messages or social media. 15% of teens are bullied online. Of the kids that are cyberbullied, 20% have rumors spread about them, 12% receiving threatening texts, and 11% have hurtful pictures posted or shared.

Social Media Bullying or Face-to-Face-Bullying: Which is Worse?

The only difference is that with social media bullying, the humiliation isn’t just limited to a couple of spectators in the schoolyard, it’s now out in front of countless individuals who use the particular social media platform. The most common form of cyberbullying is the spread of rumors against someone; you know how easy it is for stuff to go viral on social media.

With cyberbullying, information can be:

The ease at which information spreads over the internet makes cyberbullying much worse than face-to-face bullying. Nevertheless, any form of bullying is a serious offense and not to be taken lightly. 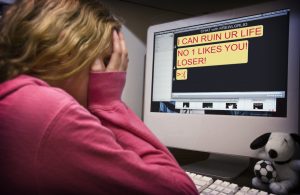 Cyberbullying can take a variety of different routes. While kids can spend hours on the internet if their screen-time is not managed (another subject of concern), they aren’t yet mature enough to understand how to deal with a distressful situation online. That’s when they’ll need you to be around and talk them through it.

Before moving on to the solutions, let’s see what kind of cyberbullying exists:

These were only some popular examples of the kind of torment a child can go through online; several other forms exist.

Advice You Can Give Your Child:

Protect yourself by using privacy settings to control who views your posts or chats.  Remember though, anything you post or text can be screenshotted. Before texting a friend or posting something on social media, ask yourself if it passes this test; Would I be comfortable with my parents seeing this or my teacher reading it aloud in class?

The good thing is that cyberbullying almost always leaves a footprint that can be traced back to the abuser.

This will come in handy when you decide that you need to put an end to your misery.

Where Does Cyberbullying Usually Take Place? 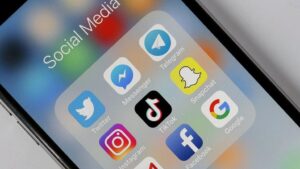 The entire online world is a playground for the cyberbullies. It’s important to know what can happen and how it can happen so you can protect yourself. The following are the most common platforms:

Facebook Bullying involves harsh comments or threats in private messages or on profiles, posts, and pages. It can also involve sharing unsuitable pictures or videos of the victim. Sometimes, groups or pages could also be created to torment a particular individual or a group.

Through WhatsApp, private messages can be screenshotted and distributed to a larger audience. Inappropriate pictures can be sent out in group chats or through private messages. If someone’s bothering you on WhatsApp, you can block and report that person. You can also email at [email protected] to learn how the company can help you.

Hurtful tweets and replies are a common way to bully on Twitter. If you’re not comfortable with the activities of a particular person or persons on Twitter, you can block them from your contacts.

Bullying through Instagram can take many forms: negative comments, hacking of accounts, creation of fake profiles, and distribution of unsuitable photos. If blocking the person doesn’t work, they have a dedicated reporting tool that guides you on how to deal with abuse.

Probably the worst one of all is YouTube. Cyberbullies can use this tool to put up videos that absolutely anyone can watch. We’ve all heard stories of videos going viral on YouTube. Many of them end with the victim ending their lives. Fortunately, you can report any abuse on their page, and they’ll investigate and take action.

There comes a stage when our kids find “cool” friends, start dating – in short, they become a social butterfly. That’s just what teen-age is like. Give them space; start treating them as an adult.

But make sure you’re always their best friend.

Make sure you are the one they come to first if they are in trouble. And it’s not difficult to be their friend if you follow some simple rules right from an early age:

If your child is on social media, review their posts, comments, and also their private messages. Kids are much more technologically savvy than our generation and will need to be kept an eye on. Facebook, Instagram, and Snapchat are considered “cool” to express themselves rather than in person.

Tell your children to block anyone on social media who isn’t positive for them. Also tell them that if they decide to use social media to support something they believe in, be prepared for haters to come; believe in your goal and stick to it.

Signs That Your Kid is Being Cyberbullied 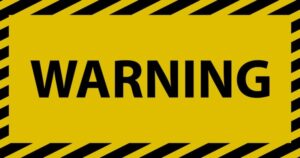 Your kid might not come straight out and tell you everything. A kid’s brain is probably the most complex thing in the world. All sorts of crazy thoughts may cross their mind to stop them from bringing you in the loop: the shame of being the victim, fear of losing their internet freedom, fear of their cellphone being confiscated, or the mere horror of being scolded.

Understandably, the last thing they would want in their state of distress is being told that it was their fault that got them into this unpleasant situation in the first place.

Whatever the reasons might be, your kid may be hiding stuff from you. That doesn’t have to stop you from getting a little snoopy on your own. Put on your detective hat and get to work. Here are a few clues that might suggest that your boy/girl is a victim of cyberbullying, or bullying in general:

Now, it could be that the above changes in your child’s behavior aren’t associated with cyberbullying at all. So don’t panic just yet! These are just clues that suggest you need to pay attention to your kid a little bit more than you already do.

What Should you do About it?

You, being the parent, are the closest friend your child can ever have, though they might not realize it until they are a lot older. That doesn’t stop us from caring for them, from loving them unconditionally. In the time of need, no one can help them out better than you.

So, once you’ve picked up the symptoms of cyberbullying, it’s time to take action. I call it a three-course action plan.

Step 1: Find out the problem

The first step to damage control would be to dig everything out of your kid. You can’t fix a problem unless you know exactly what it is. Create an atmosphere where your kid trusts you completely and confides in you for their deepest, darkest secrets. This trust should be inculcated from an early age. Even if you didn’t, it’s never too late to tell them,

“I’m always here for you, no matter what.”

Use your own style; you know your kid inside out and how best to deal with them. Do whatever it takes to get the truth out of your child, but in a good way, of course. They’ll never tell you what the problem is if they know that the first thing you’ll do is snatch their phone away. It’s important to get that fear out of the way so that the child can’t find any excuse not to tell you.

Once you know what’s bugging your kid, the worst part is over – at least you are aware now! Getting the handle of the situation won’t be so hard now. 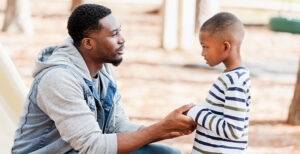 The next step is to talk to your kid. Ask them specific questions to help you better understand how it came to this. Your child may feel powerless at this point. You need to be there, encourage them, tell them what’s done is done, it’s not the end of the world.

A common tactic that cyberbullies use is to threaten loved ones in case they were reported. You need to make your child believe that they are safe, and so is everyone else that they love.

Here are some of the things you need to suggest to your child:

You must handle your child with a cool mind, even if they’re partly at fault.

Done with talking? Now it’s time for some action. As pointed out earlier, cyberbullying leaves a track. That’s where you in power. Follow the steps to put an end to cyberbullying:

Giving your kid the right advice won’t just help them emerge from a problematic situation at present, it will also help protect them in the future. They’ll know how to enter the world of the internet safely and prevent themselves from being victimized.

Cyberbullying a two-way street. The road ahead will only improve if we take the time to get involved in both protecting our kids from cyberbullying as well as teaching them not to be bullies themselves.

Most kids of this generation are social media fanatics. Even if your kid has been Facebooking safely so far, there’s no guarantee that cyberbullies will never turn to them to feed their hunger. Talk to your kids about online security. Build their trust in you, and tell them to always come to you whenever they feel unsafe, whether offline or online.

It is my mission to help kids across the world to stand up to bullies. https://www.imjustme.me/

View all posts by Mona Symone →